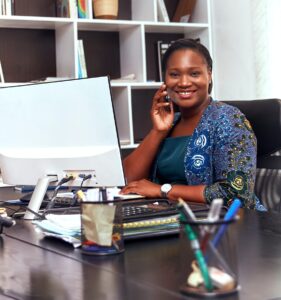 The positive side of the “Shecession” in 2021 is that it might give rise to female entrepreneurship. This initially emerged in 2008. Impact investing advisory firm Cornerstone Capital Group cites that minority and women-owned businesses were massive job creators. They were stabilizers of the economy following the 2008-2009 recession, adding 1.8 million jobs in 2007-12.

Although enterprises owned by women or people of color were more likely to go down during the Great Recession of 2007-09. They helped stabilize the economy during the subsequent recovery. Firms owned equally by white men and women lost another 1.6 million jobs over this period.

In short, the Great Recession gave rise to female entrepreneurs.

Leading enterprise recruiting platform iCIMS found in its 2021 Workforce Report that the American workforce is shifting, and its composition continues to evolve.

This is great news for women, especially black women in the workforce.

Even before the pandemic black female professionals were increasing. They were successful in their education, starting and owning businesses, and various other fields. The number of companies black women started between 2007 to 2018 shot up 163%.

A recent study discovered women’s pay expectations are below that of men across demographics. The assumption is that women not only choose gigs that pay less. But there could also be a connection between earnings in traditional jobs and reservation wages.  In other words, since women earn less in traditional job environments, they might carry those assumptions regarding pay and wages to self-employment.

Quite plainly, this is the time for women to participate in the labor market. In the way that makes the most sense personally and professionally. For those who aren’t interested in becoming an entrepreneur, this is the time to evaluate and strengthen their skills. Since employers’ are more flexible.

Shecession- Rise of Women entrepreneurs in 2021

This is a critical time for all women to determine if entrepreneurship is the next step on their career path. Jewell Parkinson, chief people officer at iCIMS, explains how increased flexibility offers an opportunity for women to remain in the workforce but in a different capacity than many of us are used to.

In short, this is the time for a woman to learn. Irrespective of whether she wants to take ownership of her career as an entrepreneur or develop leadership skills to expand her employment opportunities in corporate America. In addition, enhance basic accounting, marketing, and project management skills, network. Build a community by joining local like-minded female professional organizations. Moreover, small business advising centers and associations or incubators are focused on supporting female entrepreneurs.

Read more on the rise of female entrepreneurship Shecession in 2021.