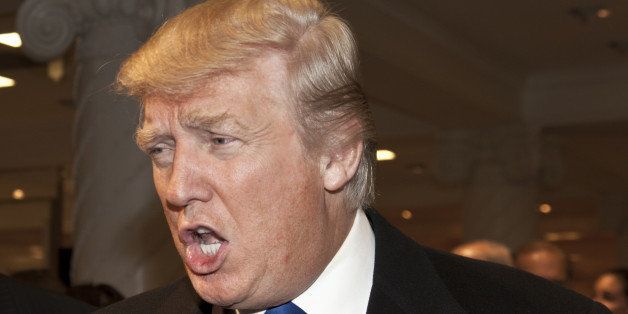 Black millennial women aren’t fans of Republicans, as a generalization.  Christine Michel, based on polls, suggests that Black millennial women are not fans or presidential GOP nominee Donald Trump.  It is not related to their tendency to vote Democrat.  According to Brittany Cooper, an assistant professor at Rutgers University, “Nothing is more dangerous to people of color, particularly black and Latino people, than angry white men with power and no attendant sense of ethics,

morality, or justice.”  According to Christine, Cooper has accurately described Trump, and that he has a chance to appeal to White millennial women.

Trump recognizes that Black millennial women define success by being entrepreneurs and accomplishing educational and career goals.  Between 1997 and 2013 Black-women owned businesses grew by 258 percent.  Trump’s lower tax rates seem at first like they would be helpful, but could lead to hidden taxes and lower salaries.

Christine asserts that Trump has attempted to appeal to Black women by suggesting help for student loans, without forgiving debts. https://www.ontheissues.org/2016/Donald_Trump_Education.htm

Now more than ever, schools educate Black children in STEM careers.  Athletically, Black children participate in sports once considered reserved for other races.  They include swimming, gymnastics, skateboarding, and lacrosse.

According to the New York Times, Trump began his campaign by calling a temporary ban on all Muslims entering The United States.  He has suggested that American Muslims are complicit in acts of terrorism.

Truthfully, Black people make the majority of American Muslims.  Black American Muslims are the second-highest educated female religious group in The United States.  If current demographic trends continue, Muslims will outnumber Christians by the end of this century.

The full article available on The Huffington Post: https://www.huffpost.com/entry/trump-no-chance-in-hell-w_b_10452834