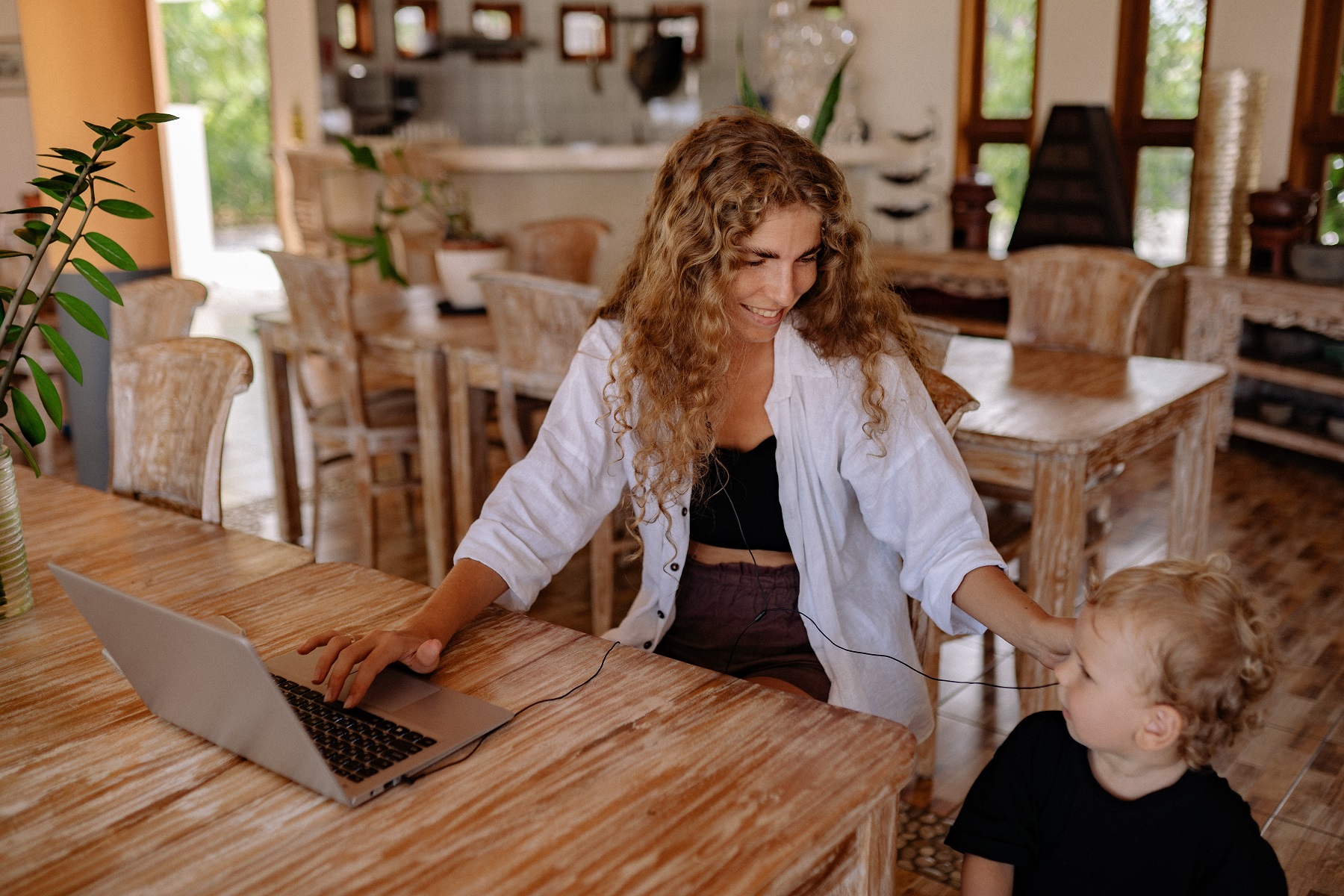 Multitasking is often seen as an invaluable skill. Many consider multitasking necessary for success and indicative of high levels of productivity. Studies have proven that the opposite is true. According to a 2006 study done by the American Psychological Association, repeatedly and/or rapidly switching from one task to another can result in up to 40% of productive time being lost. More recent research conducted by Professor Thomas Buser and Assistant Professor Noemi Peter of the University of Amsterdam supports those findings. Buser and Peter conducted a study for Experimental Economics in 2011, which demonstrated that those who were forced to multitask worked much more ineffectively than those who performed sequentially. The best advice regarding multitasking is don’t. Unfortunately, multitasking often forces itself upon people and can rarely be planned for. So how does a working mom find the sweet spot of multitasking and work as effectively as possible when multitasking is ineffective?

Why Is It So Hard to Find The Sweet Spot of Multitasking?

In chapter five of his book On Task: How Our Brains Get Things Done, cognitive neuroscientist David Badre talks about how playwright Eugene O’Neill managed to multitask so well despite multitasking’s detrimental effects. Badre attributes O’Neill’s success to his method of utilizing his space. O’Neill set up separate work areas, each with their own desk, which faced away from each other. On each desk, O’Neill would work on only one play. Both work areas were as different from each other as possible. Both areas were lacking in physical cues, which would remind O’Neill of the other task.

One of the reasons multitasking is so tricky is because people tend to do many tasks in the same environment, and everything from the coffee they were drinking to a piece of art can serve as cues to the brain which remind it of a previous task. O’Neill circumvented this problem by manipulating his environment only to reflect the task at hand. The other problem with multitasking is that it creates what Dutch psychologist and computer scientist Niels Taatgen describes as a ‘bottleneck’ effect. When people try to multitask, one task’s information must share a neural pathway with every other task being attempted. This means there are more opportunities for information to converge. This leads to competition between the information, making people less effective overall.

Finding that sweet spot where multitasking is less ineffective requires planning. Aspiring multitaskers should avoid jumping back and forth between tasks because this will increase the task-switch cost. According to Arthur T. Jersild, Ph.D., task-switch cost occurs because the brain is like a switchboard and switching tasks requires reconfiguring the connections. Jersild called these connections mental sets, or the considerations necessary for each task. Reconfiguring mental sets so the brain can expel focus for the previous task and shift to another takes time. Repeatedly switching between tasks increases time and thereby increases the cost. Tasks being indistinct leads to worse information overlap and greater task-switch cost.

Aspiring multitaskers should also remove cues that remind them of previous tasks since these also increase task-switch cost. Changing locations entirely would be the best course of action since working on multiple tasks in the same environment is detrimental to productivity. Thirdly, put the smartphone away; it gives cues for numerous extraneous tasks. When working on a computer, multitaskers should temporarily block themselves from sites liable to distract them. Apps like Cold Turkey are a must.

Finally, aspiring multitaskers should increase their stimulus-onset asynchrony, or SOA, which is the amount of time between the start of one stimulus and another. Longer SOA means the second task takes less time; shorter SOA implies the opposite. Allowing more time between tasks means less time dealing with PRP, or the psychological refractory period, defined by lengthened SOA due to more information bottleneck. Outside of performing the simplest of tasks, multitasking almost always comes with a cost, so aspiring multitaskers will accomplish more by prepping their space, clearing distractions, and giving their brain the time it needs to adjust.