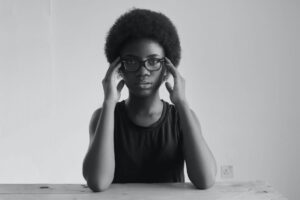 Wearing dual hats as a mother and working professional. This can mean more stress, which can prompt everything from insomnia to mood swings and weight gain, the anxiety of working moms. It boosts the output of the cortisol hormone. Which in turn can increase the risk of complications, including depression and anxiety.

As reported in November by the Institute for Women’s Policy Research, during the last 40 years, women’s average annual number of hours in paid work increased substantially.

While average hours worked by men during the same period declined only marginally. Despite this professional increase, women still tend to spend more time on unpaid household and family care work.

According to leading food and beverage research firm The Hartman Group, CBD, or cannabidiol, is a non-intoxicating compound found in cannabis/hemp/marijuana. It is one of dozens of potentially therapeutic compounds, called cannabinoids, produced by cannabis.

Consumer brands within the food industry are slowly getting to understand these various cannabinoids as legalization spreads and research deepens.

This is different from the psychoactive THC, CBD is non-psychoactive. It calms, reduces pain and inflammation, and is used to treat stress disorders and sleep loss.

More importantly, there’s also been a shift in consumer perception regarding cannabis/hemp/marijuana. Because of millennial parents using them to cope with parenting.

“Attitudes towards alcohol and cannabis are moving in opposite directions, particularly among younger consumers, with growing numbers perceiving cannabis as less harmful and toxic than alcohol.”

As companies look to build equity amongst consumers, many are paying attention to the emotional and physical challenges of consumers.

One way to show empathy in content marketing is to make marketing and health claims. This draws a correlation between consumer products and the alleviation of a health-related condition.

Food and beverage companies are now including CBD as an ingredient in their products, claiming the active ingredient will help provide balance.

In general, Brightfield Group also reports significantly more CBD users are female (55%) and living with their spouses or partners (61%).

The CBD opportunity for consumer brands inspired by the following factors:

The Corporate Side Effect

Many CBD products were made legal when the 2018 Farm Bill legalized industrial hemp. However, the Food and Drug Administration (FDA) and Drug Enforcement Administration (DEA) says that CBD is not permissible in foods or drinks.

Given the growing female consumer demand and changing regulatory landscape, more brands are seeking to capitalize on CBD to consumers.

Despite edible and drinkable products claiming CBD health benefits, the regulatory limits on the marketing of CBD benefits mean female consumers must often interpret the benefits of a given product on their own.

Thus, entering the CBD food and beverage category is not only a growth opportunity for companies. It’s also an opportunity to exercise thought leadership via specific, transparent communication.

More on how consumer brands are cashing in on the anxiety of working moms.